The Story of Meisen Silk Kimono 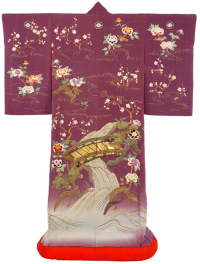 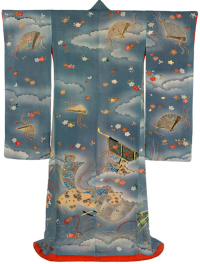 When we picture Japanese kimono, we envision the  Japanese garment covered in similarly traditionally figurative images: Floral motifs, animal, mountain peaks, houses and creating seascapes. But cross-country cultural exchange and inspiration between Japan and the West started in earnest during the Meiji period (1867 - 1912).

The Meisen Kimono went on stage in the Taisho period (1912-1926) with big, bold, exuberant and colorful designs inspired by Western modernist art  and Japanese kimono looked quite different than they once had. The following years up to 1950s, the Meisen Kimono was the kimono of the modern, independed Japanese woman.

By 1950-1960 the fashion became more westward and the demand for Meisen Kimono ended. Today there are only a couple of craft workshops still making Meisen, but only in very little numbers.

These Japanese Meisen Kimonos with there big, daring, bold and colorful patterns was the inspiration for Scandinavian designers and textil companies such as Marimekko.

The Meisen Kimono are looked upon as art history as well as history of Japanese society 1910-55.

The development of Meisen, the combination of a less expensive silk and a stencil print and weaving technique, brought modern silk kimono fashions within the reach of many woman for the first time. Wealthier Japanese woman and the modern working woman wore them for everyday town wear. Country girls perhaps had just one to wear on special occasions.

The designs and the patterns of the Meisen silk were rather simple in the early stage such as stripes, cross, arrow feathers and small repeated patterns, these meisen Kimono was sold in large numbers at the department stores in Japan.

Afterwards the traditionally patterns changed to stylized and large flowers and landscapes, and by the Taisho and early Shôva period came vibrant, big, and dynamic designs inspired by European art movement such as Art Deco and Nouveau, Abstract Expressionism and Constructivism. The designs have the bright colors swaths of Fauvism and the bold, geometric patterns of Art Deco.

The silk for each kimono is printed by hand, and produced in very little numbers. It is said there were competitions of doing these Meisen designs among the kimono artist. These Modernism Kimono Is the focus of my collection.

During the 1920s, Meisen Kimono was in great vogue especially among the young urban woman who, with these bold designs, find a way of expressing herself as the new independent and modern woman. It is saied that these modernist Meisen Kimono was worn by actresses who wanted to be seen and reconiced.

All 3 kinds are equally woven and printed in the IKAT (look: Ikat methode)

Meisen Silk Kimono is weaved by durable spun-silk. There are different quality of Meisen silk, both soft, semi soft, heavy and taffeta-like.

Omeshi Silk Kimono are done by high quality raw silk. Spun by twisted threads that are dyed and waxed.

The print and weaving technique of Meisen silk is called Ikat. The silk was woven on loom and before the silktreads were put on the loom, the treads were hand-printed by stencils (one color per stencil), here after the printed treads were placed on the loom and woven. Finally, the kimonos were hand-sewn.

Ikat silk is an old technique, originated from India. It was conveyed to the east and west by cross country trade and developed in each country. In the 18th and 19th century it was produced in Lyon in France, and was very popular by the court and the upper class.

A man called Tokutaro Kondo returned in 1882 to Japan from Lyon, appointed the president of Ashikaga Industrial school in Gumma Japan. It tells that he applied the Ikat technique learned in Lyon to Japanese kimono.

The technique produce a silk with blurred edge of the print and where both side were printed equally. 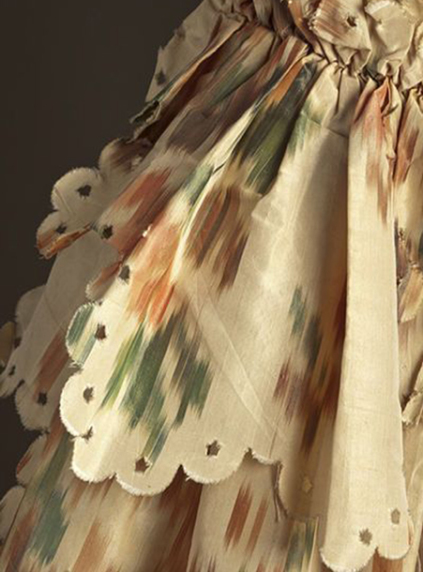 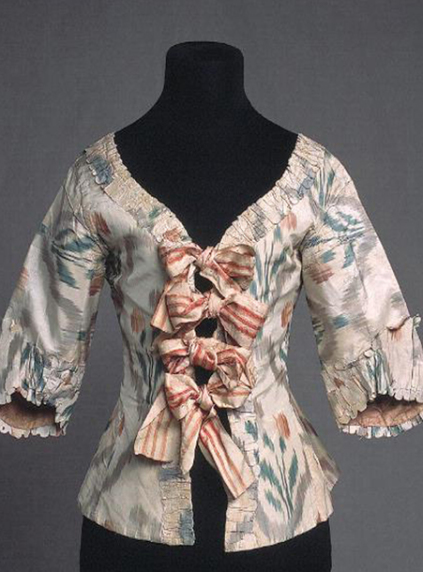 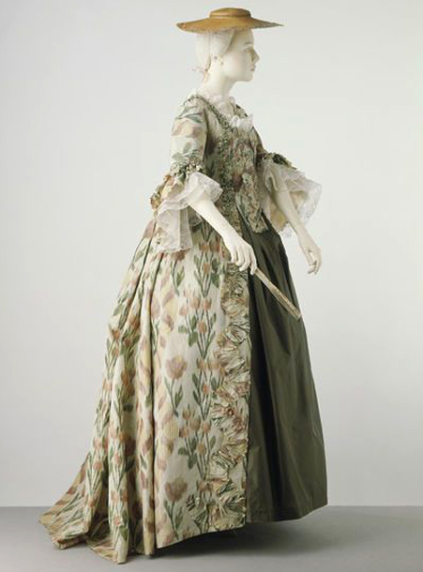 Ikat Meisen: the verticale silk treads are being rooled out on a table.

Ikat Meisen: The treads are being printed by hand with one stensil for each color.

Ikat Meisen: After printing the treads are rooled on the Loop

The Friis Collection of Meisen Kimono

The focus of my collection is the Meisen Kimonos. inspired by abstract modernism, but also figurative, flower-abstractions and small repetitive  textil-patterns are manufactured in Meisen Silk Kimono and represented in my collection.